Hear from college coaches around the Midwest! 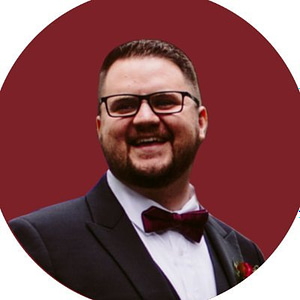 Riley Long is the Head Coach/Director of Esports at Aquinas College out of Grand Rapids, Michigan. He has been an active member of the esports industry since 2012, and has experience as a competitor, player-manager, professional esports team founder/president, and collegiate esports leader.

Riley’s most notable accomplishments include: Serving as a player-manager for the youngest North American CS:GO team to ever qualify for the pro leagues, winning a NACE National Championship in CS:GO as the Assistant Director of Esports at Michigan Tech University, and currently leading the charge at one of the strongest esports programs in the state of Michigan at Aquinas College. Riley enjoys playing Rocket League and finding ways to serve as an ambassador for gaming/esports, to spread the positivity that gaming can bring to all age demographics. 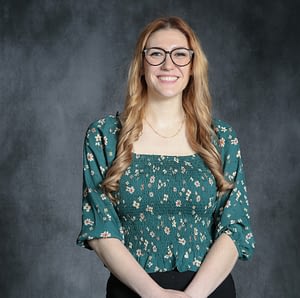 Dr. Kaitlyn Roose is the Director and Head Coach of Esports at Michigan Tech. Since launching in 2019, Michigan Tech’s varsity esports program has seen tremendous success under Kaitlyn’s leadership, including 2 championship titles (NACE Spring 2021 CS:GO and MEC Fall 2020 Overwatch), and playoff appearances every year since debut. Kaitlyn holds both her master’s degree and Ph.D. in Applied Cognitive Science and Human Factors. Kaitlyn has used her education to publish research providing insight on decision-making and problem-solving in video games. She created “The Tracer Method” which combines Cognitive Task Analysis with Eye Tracking to delve deeper into complex tasks. In 2022, she founded the Michigan Esports Conference Combine, aimed at preparing high school students for collegiate opportunities both to compete and gain industry experience.
She’s on the Board of Directors of the National Association of Collegiate Esports, a board member of the Michigan High School Esports League, and teaches youth programs focused on the psychology of gaming as well as content creation. As a lifelong gamer, a former D2 student-athlete, and a current competitive player, her passion for esports goes beyond competition. She works in the space with the firm philosophy that, “Esports knows no bounds” and it is truly an opportunity to become a place of true inclusion, a celebration of diversity, and an avenue for holistic development for people. She continues to serve on esports panels, conferences, and events, with a goal of showing young girls that there is a place for them in the gaming space.